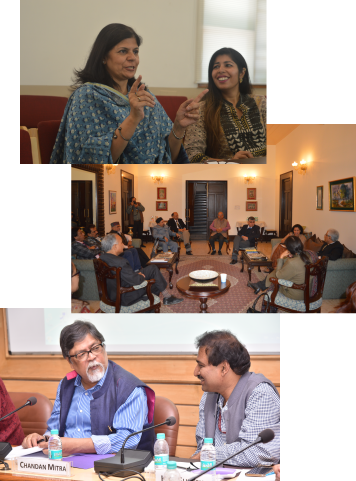 Over the last couple of years, the Office of Public Affairs of the Bahá’ís of India has engaged in a discourse on the role of religion in building a better society with various actors in civil society. Of these discussions, a distinct, rich and fruitful conversation developed between the Office and a committed group of journalists and media educators over the past two years. These discussions carried out in collaboration with various distinguished media organizations have aimed to provide an opportunity for media persons and media educators to come together and reflect on the way their profession views religion and on the need for a more mature, balanced and sensitive coverage of this phenomena in order to promote greater interreligious understanding, abolish prejudice and increase social cohesion. A first round of meetings were organized with journalists and media educators based on the discussion paper titled ‘Covering Religion with Sensitivity and Understanding in an Interdependent World’. The insights and learning from the conversations held in these spaces over two years were then compiled into a second discussion paper titled ‘Fostering a Constructive Dialogue on Religion: Insights from Conversations with Journalists’.